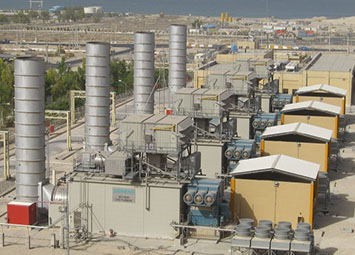 The aim of building Kish Power Plant and Steam Generation project was supplying energy consumption of Kish Gas Refinery. The contract included six units of gas turbine generator type Hitachi H25, three 80 t/h HRSG boilers and three 190 t/h Industrial Boilers and accessories on EPC basis.
UED as a leader of the consortium of Ghods Niroo Engineering, NTN Co and Jahan Pars participated in this tender and finally the group succeeded in presenting the best technical and financial proposal. The contract was awarded to UED Consortium.