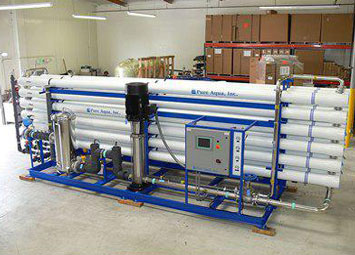 The southern port city of Bandar Lengeh is located in Hormozgan province and it is 192 kilometers away from the provincial capital Bandar Abbas. Due to the shortage of drinking water in this area and in order to provide potable water for residents of Bandar Lengeh, regional water company signed a B.O.O contract with Sazeh Sazan Company to invest in construction of desalination units in this city.
This plant consists of two 2500 cubic meter units and Sazeh Sazan Company awarded this project to United Energy Developers (UED) to execute it in the form of EPC.