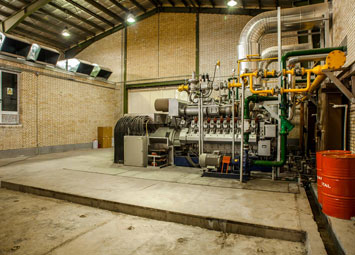 Sirjan Gas Engine Power Plant is located in special economic zone of Sirjan City in Kerman Province with capacity of 25 MW, which consists of 13 gas burning engines with 2 MW capacity.

This Project was awarded to UED on EPC basis by Sirjan Niroo Gostar Company and currently the first two units are in operation since July 2016. The rest 11 units pends on the end user’s finance.