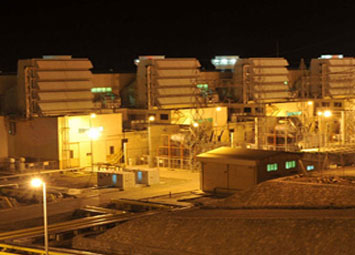 This Power Plant is located in Orumieh, West Azerbaijan Province of Iran. The aim of this project was to increase the efficiency and electrical capacity of existing simple cycle power plant by converting the simple cycle to combined cycle power plant.
The Orumieh Project was an EPC Add-on Project to convert existing six (6) simple cycles Gas Turbine into three Combined Cycle Power Plants (CCPP). Each CCPP unit contained of two heat recovery steam generator (HRSG), one Steam Turbine including all necessary auxiliary systems, one cooling system with natural draft tower (Heller type) and all necessary mechanical and electrical BOPs.